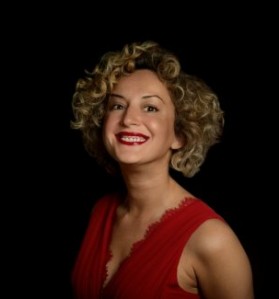 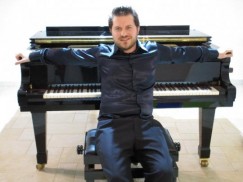 Nazareno Ferruggio is considered one of most refined italian pianist. He is active in the promotion of classical music in today's culture. Having graduated with full marks, full honours and distinction from the Niccolo Piccini State Conservatorium of music in Bari in Pierluigi Camicia’s class and after having completed a postgraduate course at the Musikhochschule Mannheim (Germany) in Ragna Schirmer’s class, he finished his studies in the Musikhochschule Bern (Switzerland) with Rada Petkova. He also attended Masterclasses with prestigious teachers such as J. Achucarro, K. H. Kaemmerling and Jerome Lowenthal, J. Soriano, O.Yablonskaya.

He debuts as soloist with the Orchestra Sinfonica of Bari performing the Beethoven 's Fantasy for choir and orchestra op. 80 conducted by Nicola Scardicchio. He has won eighteen First Prizes in national and international competitions. In 2005, he won the prestigious Piano International Competition Ibla Grand Prize[2] with best prize for Debussy's pieces. 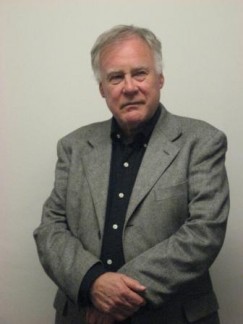 First studies and arrival in Europe.

Geoffrey Douglas Madge was born in Adelaide (Australia), having his first piano lessons at the age of eight. Later after hearing the great pianist Benno Moiseiwitsch he continued his piano studies with Clemens Leski at the Elder Conservatorium in Adelaide. During this period he was busy composing string quartets, songs and works for piano solo. At an early stage he developed an interest in unjustifiably neglected composers and this became one of his main enterprises. He toured Australia for 3 years with a piano trio. Then, in 1963, after winning first prize in the ABC piano competition in Sydney, he went to Europe to study with Eduardo del Pueyo in Brussels and Geza Anda in Luzern. Following this he gave successful debut concerts in London, Cologne, Budapest and Amsterdam. He settled in Holland upon his appointment as professor of piano at the Royal Conservatorium in The Hague, he is now retired. 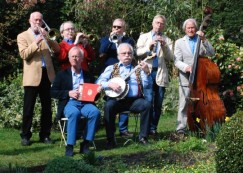 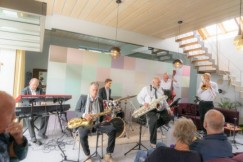 Elies Tataruch was born in 1997, he was interested very young by early and traditional music. After his general studies in Avignon (south of France) he goes in Paris to study harpsichord with Elisabeth Joyé. He was admitted in the Conservatoire Supérieur de Paris to follow the learning of the historical practice with Olivier Baumont, Blandine Rannou and Kenneth Weiss. He receives master advices from harpsichord masters like Bertrand Cuiller, Béatrice Martin or Maude Gratton… She is conducting during some orchestras projects by Stephan Macleod, Enrico Gatti, Hervé Niquet… Elies is also very interested by the performing of sacred music, he studies Gregorian chant and he was engaged like organist in some Parisian churches, this different activities allow him to recontextualize the practice of sacred music from the 17th and 18th centuries. 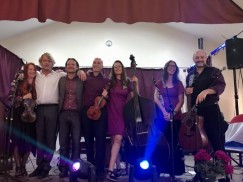 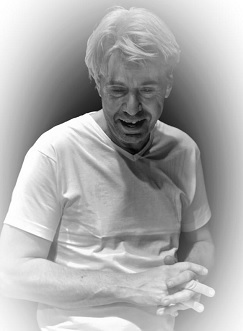 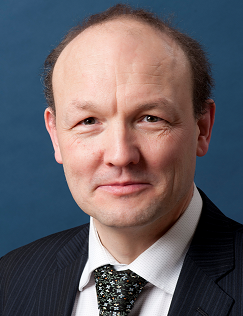 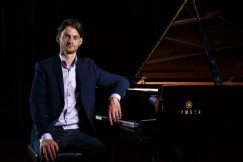 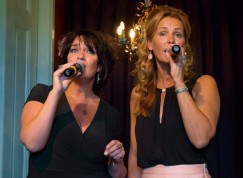 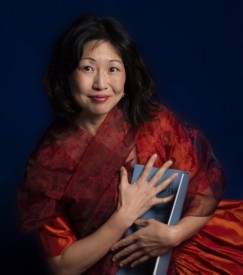 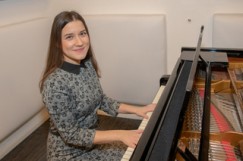 Aliya Iskhakova began her study in Russian city Kazan. Her first teachers were Era Sayfullina and Evgeni Mikhailov. After studying and graduation with honors from Kazan musical college and Kazan conservatory Aliya decided to continue her education in the Netherlands. She finished master programs in Codarts with Bart van de Roer and in Amsterdam conservatory with Naum Grubert. She also participates in various masterclasses, including those given by Boris Berman, Menahem Pressler, Ivry Gitlis, Pavel Gililov, Konstantin Lifschitz, Stephen Kovacevich.

Aliya is a prize-winner of 11 national and international music competitions.

She gives concerts in the Netherlands, France, Belgium, Germany, Spain and performes in such famous halls as Concertgebouw, Bimhuis, Theatre Adyar and others. In 2017 she has recorded Mozart piano concerto K488 for BravaTV with Symphonic collective of the Netherlands conducted by Henk de Graaf. 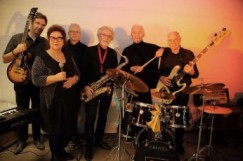 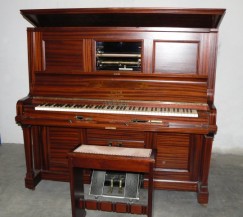 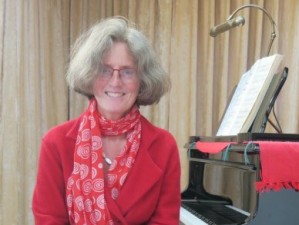 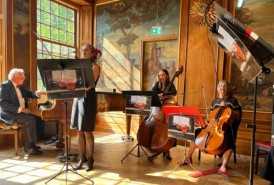 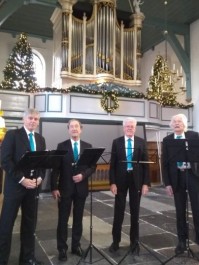 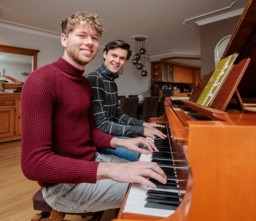 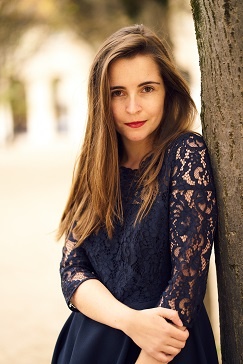 Since 2019, she has been following a master of harpsichord with Menno van Delft and basso continuo with Kris Verhelst at the Conservatorium van Amsterdam, in parallel with her studies in the Conservatoire National Supérieur de Musique de Paris. She receives master advices from Pierre Hantaï, Ketil Haugsand, Blandine Rannou, Barthold Kuijken, Alfredo Bernardini, William Christie…

In 2018 and 2019 she is prizewinner of the 40th international competition of Lausanne for early music ensembles with her ensemble ''La Chicane'' and the Vlaamse Vereniging harpsichord competition. She gets to perform in the main early music festivals such as Internationale Händel-Festspiele in Göttingen (DE), Utrecht Early Music Festival (NL), MAFestival Brugge (BE), Innsbrucker Festwochen der Alten Musik (AUS) and is conducted by Sigiswald Kuijken, Shunske Sato, Hervé Niquet... 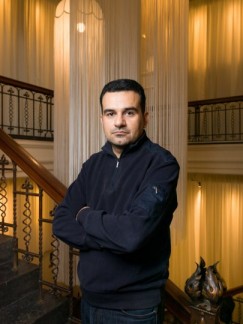 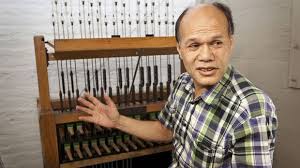 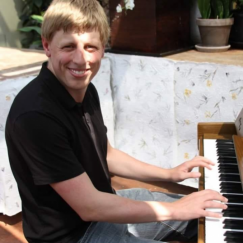 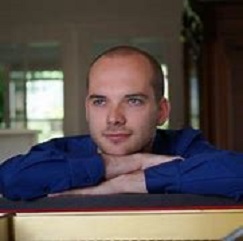 Evert-Jan de Groot (1988) studied classical piano at the conservatories of Amsterdam and Utrecht with Mila Baslawskaja, Hans Eijsackers, Martyn van den Hoek and Henry Kelder. Alongside these musical studies he graduated as a philosopher (Utrecht University). His experience as a musician has been very broad; as a soloïst, accompanist of instrumentalists, singers and choirs, répétiteur in opera, playing in orchestra's -not only as a pianist, but also as a hornplayer- , playing organ and at the moment also focussing on conducting with Ivo Meinen and Konradin Herzog.

His main occupation at the moment is nevertheless working with singers, being an opera-répétiteur at the Dutch Travel Opera and the NTR Zaterdag Matinee, the most famous concert series of The Concertgebouw Amsterdam. 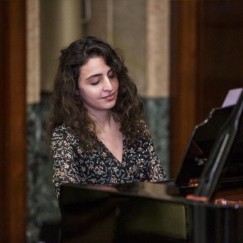 My interest in music started during my elementary school years when I started my very first piano lessons at the age of 9. My first tutor was Prof DrEsin Kanberoglu when I was admitted to MimarSinan Istanbul  Conservatory, where I further continued my elementary and musical education. In addition to my Conservatory education , I have attended as many masterclasses as possible.

Some of the masterclasses I have attended were with important musicians such as Gülsin Onay, HüseyinSermet, Mauricio Vallina, Claodius Tanski, GökhanAybulus, Micha Dacic, Andreas Weber and AnicaVavic.

I have attended Manhattan School of Music in the summer of 2016. There I got improvisation, composition, theory, piano and chamber music lessons from Jin Jia Lin, Alice Tsui, Oscar Stenmarkand Karim Merchant.

I also took part in the Hrant Dink Oratorio with the Lusavoric Choir and Orchestra in 2017.

I have won the second prize at the Golden Classical Music Awards and had the chance to perform at the Carnegie Hall in 2018. Currently I am studying my education at Codarts Rotterdam with Stephan De May. 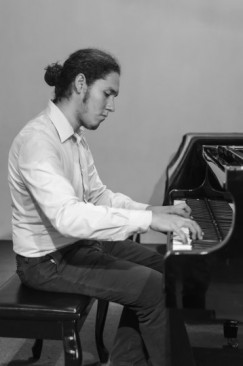 Aarón Ormaza Vera, born in Ecuador, began to play the piano at an early age. He took lessons in the Sergei Rachmaninov Conservatory for most of his life in his home city of Guayaquil, continuing his piano studies at the Faculty of Music of the Holy Spirit University (UEES), where he obtained his diploma in 2016. Throughout his life in Ecuador, he participated in recitals in the cities of Guayaquil, Quito, Cuenca, and Ambato. He would also go on to take part in the most important competitions of his country at the time, being awarded First Prize in the Young Talent Competition in Cuenca (2007, 2013, 2016), Classical Music Competition of the German-Ecuadorian Musical Center in Guayaquil (2007, where he was also awarded the Grand Prize), and the II Chopin Competition of Ecuador (2016). He has also had the opportunity to play multiple times as a soloist with orchestra, playing concertos by Haydn, Beethoven, Grieg, and Liszt.

Since 2016, Aarón has been a student of renowned Dutch pianist and pedagogue Jan Wijn, at the Conservatorium van Amsterdam.

While in the Netherlands, he has performed in many venues throughout the country, mainly in Amsterdam and its surroundings. During the season 2018-2019, he participated in the Koffie bij de piano concert series/competition (s'Hertogenbosch), where he obtained the 1st Publiekprijs, the 2nd Vriendenprijs, and the Madeleine Mastboom prize for the performance of a contemporary piece; in addition, he took part in the finals of Utopia Klassiek (Drunen), where he took the 2nd Publiekprijs. Alongside his studies and concerts, he has had coachings and masterclasses with Jeff Cohen, Jean-Baptiste Milon, Geoffrey Madge, Kelvin Grout, and Enrico Pace

Spanish keyboard musician and musicologist. Daniel Rubio Ferrandis (1994)  has studied Harpsichord, Piano and Musicology at the Conservatory of Salamanca (Spain). Since 2018, he studies a Master in Harpsichord, Continuo and Fortepiano, at the Conservatorium van Amsterdam, with teachers Menno van Delft, Kris Verhelst, and Olga Pashchenko.

He often plays harpsichord, organ, and piano in concerts around Spain and the Netherlands, playing both solo and continuo music. As a continuo player, he has performed with several ensembles in Spain, like the Bach Collegium of Salamanca, Música Trobada, or the Vigo 430 Baroque Orchestra. Since 2018, he plays in the ensemble Dialogo Antico, based in Amsterdam, and which has recently been in a tour in Japan. As an organist, he has played in several historic organs in Spain. In 2019, he recorded a CD with music of Pasqual Fuentes, forming part of the ensemble Música Trobada, playing both harpsichord and organ.